Why I No Longer Believe in Original Strength


Two weeks ago I had the honor and privilege of assisting co-founder Geoff Neupert and Master Instructor Joe Sansalone in delivering the first-ever European Original Strength workshop in Prague, Czech Republic. It was a fantastic weekend, and from start to finish people walked in curious and walked out believers. The only person who walked out no longer a believer was me.

Shocking, I know. But it’s true – I no longer believe in Original Strength. Let me explain why.

I was at the second-ever Original Strength workshop – before it was even called Original Strength (It was still referred to as “Becoming Bulletproof” based on the title of Tim Anderson and Mike McNiff’s phenomenal book). I saw its power back then and immediately began implementing as much of it as possible.

I was among the first class of hand-picked individuals to go through the Original Strength Certified Coaches course – individuals hand-picked specifically due to their deep knowledge and understanding of Original Strength’s principles and practices – to learn the science behind it and the best ways to progress and regress movements for an individual based on their own needs so that we, as fitness professionals, can meet them where they are and take them to where they want to be.

So why don’t I believe in OS anymore?

The answer is simply because “believe” often connotes a sense of opinion or point of view. I don’t believe because I don’t HAVE to believe anymore. I have seen OS work so many wonders – dare I say it, so many miracles – that no belief, no opinion, is necessary.

I am SURE of Original Strength. 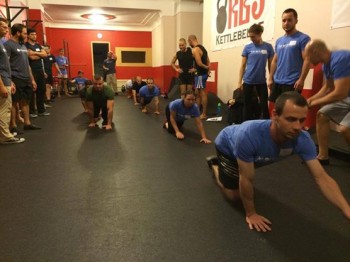 In the workshops I’ve assisted at, I’ve seen it take people from barely being able to squat without a counter weight to doing full, unassisted pistols with ease. I’ve seen people PR on their military presses with no warm ups. I’ve seen stuff that “isn’t supposed to happen”, but it DOES happen.

In my personal practice, I’ve seen it take many people from shambling, disconnected messes and turn them into functional human beings again, enjoying the movement that their sedentary lifestyle had taken from them for so long. The most notable is Sue, a 76 year-young woman who I started training in December. She was 99% sure she was going to need a double knee replacement surgery when she came to me – referred by a physical therapist who insisted that she train with me for a few months before she made a final decision. Sue went from barely being able to walk without debilitating pain to being able to walk 10,000 steps a day for 8 days on a trip to Spain in June – pain-free.

And in my family, I’ve seen my own mother, riddled with injuries and robbed of her strength – reflexive and otherwise – by a sedentary lifestyle and inability to perform any form of exercise without pain, freed and loving movement again for the first time in many years thanks to Original Strength. 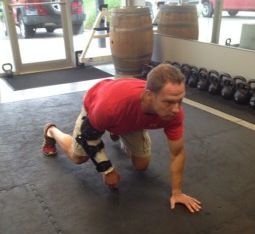 Honestly, the list could go on, but you get the point. There are a number of movement systems around that do a lot of good and help a lot of people, but none of them is as simple, as easy to apply, as powerful, and as endemic to our very makeup as human beings as Original Strength. OS will work. It does work. It IS working. Right now, all over the world. It is giving people back their hope, their joy, and their God-given birthright of movement.

If you haven’t been to an Original Strength workshop yet, now is the time to re-learn the way you were made to move, and actively participate in your birthright of movement and accomplish the physical feats you never thought possible – from lifting preposterously heavy weights, to running faster, to improving your coordination, to being able to get up and down off the ground to play with your kids and grandkids. The word is spreading, and workshops are popping up everywhere; from the United States and, slowly but surely, across Europe, Australia, and beyond.

Go from being a believer to a knower. It will be the best thing you’ve ever done for your body, your mind, and your happiness. 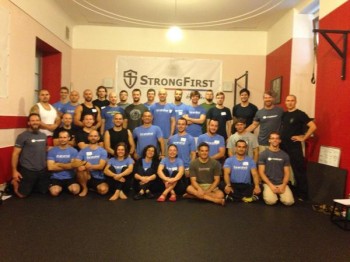 Aleks Salkin is a level 2 StrongFirst-certified kettlebell instructor (SFG II), StrongFirst-certified bodyweight Instructor (SFB), and an Original Strength Certified Coach. He grew up scrawny, unathletic, weak, and goofy, until he was exposed to kettlebells and the teachings and methodology of Pavel in his early 20s. He is currently based out of Jerusalem, Israel and spends his time teaching clients both in person and online as well as spreading the word of StrongFirst and calisthenics. He regularly writes about strength and health both on his website and as a guest author on other websites. Find him on Facebook at https://www.facebook.com/alekssalkintraining and online at https://www.alekssalkin.com.