The Reality of Our Circumstances 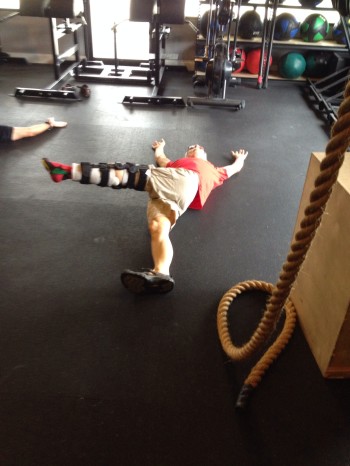 A good friend of mine, Dr. John Sullivan, is 70 years old. Though he is 70, Doc has the arms and abs any 22 year old would dream of. He is ripped. Doc knows that the secret to youth, to living, is moving.

On Christmas Eve, 2013, Dr. John was hit by a car while he was walking his dog. Both of Doc's legs were broken and his knees were greatly damaged. The medical professionals did not want to repair Doc's knees due to his age. BUT, that was actually before they met Dr. John. When they met him, they realized that he was a vibrant, healthy young man, who needed good knees to run around on for the next 30 years. In fact, Doc's docs told him that he had the body of a 35 year old. Did I mention he was 70?

Anyway, throughout Doc John's entire recovery process, no matter how much his life had been altered, no matter his circumstances, Doc never stopped smiling and he has never stopped moving. Since Christmas Eve, Doc has written me several letters to let me know how he was doing. Never once did he complain about anything. Most of the time he was just being thankful for how healthy he was and how resilient his "young" body was. Basically, he had taken care of his body, and now his body was going to help take care of him.

I recently got to see Doc for the first time since his accident. He was at an Original Strength Workshop - the one he helped set up. Doc had a brace on his newly operated and repaired knee - he was not allowed to bend his knee. So, Doctor John couldn't participate in the workshop like everyone else, but he could participate. I saw Doc perform about 50 pistols on his non-braced leg, the one with a torn medial meniscus, while he was testing how the resets effected his movements.

Doc marched on his butt, he crawled on his back using his shoulder blades, and he rolled with a straight leg. Then, at the end of two days, Doc commando crawled across the gymnasium while dragging a weighted sled. This man is amazing!

The point to all of this is that if anyone had reason to quit, or to not engage, or to simply not show up, it was Doctor John. But he didn't quit. He never stopped smiling. He never lowered his head and gave up. Regardless of what his circumstances were, they did not control his reality. Though chronologically, John is 70, though physically, his body has has been assaulted by a traumatic injury, John is still living and moving. He is a young, healthy, vibrant man.

The other point to all of this is that I have a really good friend, whom I care about. Because this man has hope and he can see into tomorrow, I will continue to have a really good friend for a long time to come. John will make a complete recovery and more. Why? Because not only does he have his Original Strength, he has chosen his reality. He has chosen to live and to keep moving. For that, I am grateful. 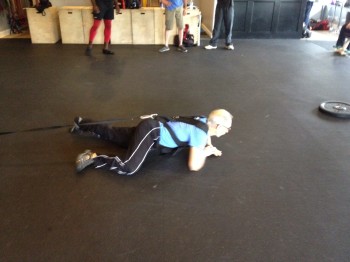