How to Be a Ninja 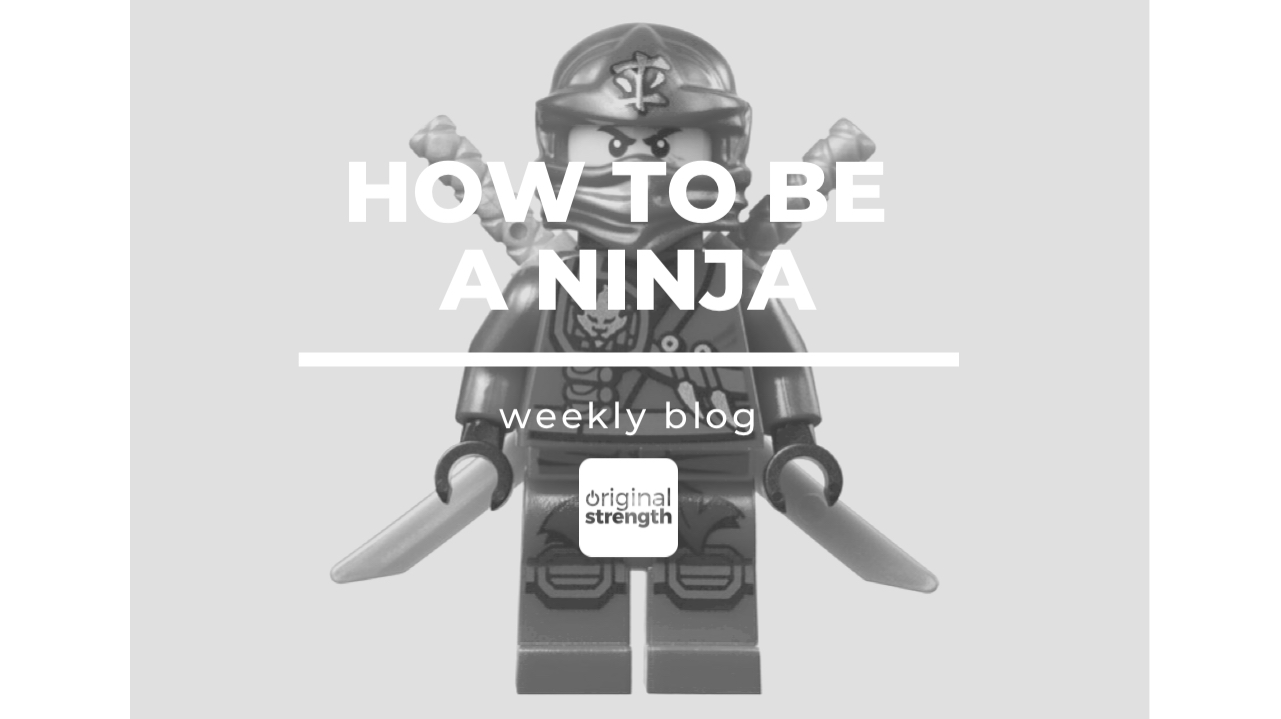 This may surprise you, but I haven’t always done the smartest things. Sometimes I let my zeal overcome reason and I do things without thinking them through.

For example, around 2009 I was exposed to a book called Born to Run and consequently, Five Finger Shoes (the “shoes” with toes). After reading the book, I was convinced I should be barefoot and I immediately decided to get a few pairs of the Five Finger shoes. As luck would have it, my wife and brother-in-law decided they wanted to run a 5K to support a high school friend battling cancer. My wife asked if I wanted to participate.

Well, it was for a good cause, and I had recently discovered that I was born to run. And, I was born to be barefoot. And even though I had not run a 5K, or even a mile, in twelve years at the time, I thought, “Yes, I’m in.”

You can tell this is going to get good, right?

I just discovered barefoot shoes, and I have now just decided to run a 5K without even walking a mile in my new shoes. I know this is the “natural way” and I can do this. And, while I know it’s okay to walk a 5K, I’m competitive, and I’m going to run this entire thing. And that’s what I did.

I flipped a switch on something new I had found and I was all in. I ran that 5K in 24 minutes. Not bad for not training, or running, or even walking barefoot to prepare. After the race, I was even pondering how I could have run it faster. But I was also thinking about how I wished the race had been on something softer than concrete and asphalt - those barefoot shoes had NO cushion. Anyway, I did it. I conquered the race. But of course I did, I was born to run.

And then the next day happened.

When I woke up the next day and got out of bed, something was not right. From the back of my knees to the bottom of my heels, my lower leg muscles felt like they were being eaten by rabid wolves. It was SO painful to walk. If the wind blew on my calves I would wince in pain. I don’t know that I have ever been that exquisitely sore for so long. It took about two weeks before I could walk normally again, without pain. But, that’s how I learn. I make dumb mistakes, pay the bill, and walk away with experiential knowledge, sometimes no worse for wear. Sometimes…

If you thought I was smart, now you know better. If anything, I’m just good at being lucky enough to survive my mistakes.

My loose point in sharing this is that I think many of us, if not all of us, want what we want when we want it. We want to lose weight now. We want to stop hurting now. We want to be strong now. But the road to now is paved with time. There is a process for “now” to happen, for our goals and wants to be realized. And it is in that process that we might discover our true wants or new exciting goals.

I recently talked with Ginny Maccoll. She is a 70 year old movie star and, wait for it, an America Ninja Warrior. At the age of 63, Ginny decided she wanted to be stronger. Her daughter, Jesse Graff, America Ninja Warrior Champion, told her to start doing pull-ups. So, Ginny set out to do pull-ups. Only when she started, she couldn’t do any. Undeterred, she hired a personal trainer and started working on getting stronger. A year later, Ginny could do ONE pull-up. Soon, she could do five and in two years she could do ten straight. And somewhere in that two-year time frame, for whatever reason, Ginny decided to audition to become an America Ninja Warrior.

Ginny didn’t let what she wanted and could not do “now” stop her from engaging in a committed practice. She also did not dive in too deep and injure herself by being too over-zealous. She patiently paced herself, sought help, and committed to her goal of getting stronger. When she discovered she was strong, her goal morphed into expressing her strength as an America Ninja Warrior. She reached for that as well and appeared on the show in season 9 and in season 10. Now at age 70, Ginny competes nationally in obstacle courses, ninja courses, and swim meets. And, she can do 17 pull-ups in a row.

Ginny is amazing. And, she is really, really strong. She is also great at showing up and working towards what she wants in logical, incremental steps. She honors the process of growing.

We can all do this. We can all have what we want, we can all reach our goals if we show up and progressively work on them - if we hang on. It took Ginny a year to get one pull-up. That elusive pull-up may have seemed impossible, but she stuck with it and trained for it logically, and now she is chasing 20 pull-ups in a row. Now, Ginny trains for Ninja courses by learning how to maneuver her body with the obstacles. She approaches each obstacle as a puzzle to solve and breaks them down step by step with confidence in her mental and physical ability to do so. She is a true ninja and an inspiration.

Here are some of the secrets I learned from Ginny’s success:

You can have what you want. I believe that. I think it’s safe to say Ginny does, too. Marinate on her secrets of success. They are your secrets, too.