Dawn of the Deadbug 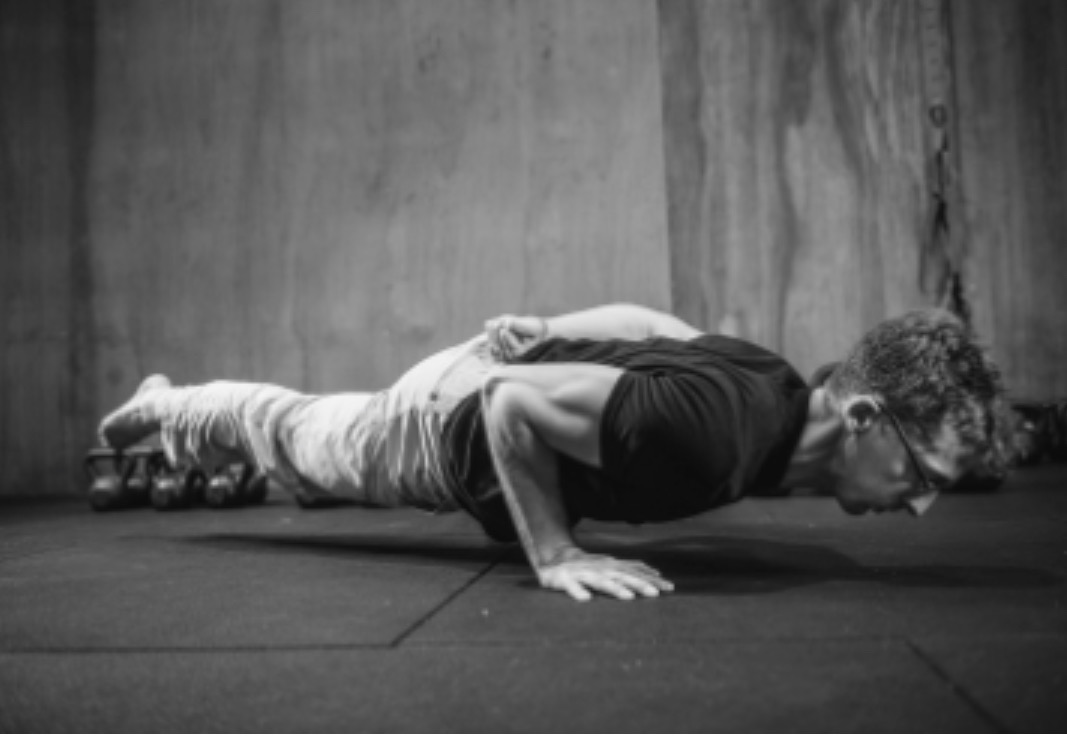 And now, a guest article by Aleks "The Hebrew Hammer" Salkin...

Ever since the Original Strength system burst onto the scene 9 years ago under the name “Becoming Bulletproof”, there has been one move within it that has stood head and shoulders above the rest in terms of popularity, “flashiness”, and a catch-all remedy for all your movement woes: crawling.

Like the popular kid in class who gets laughs and adoration by loudly repeating a joke he heard an unpopular kid say, crawling gets all the glory while other RESETS get overlooked.

Well, I fancy myself a champion of the underdog, and the RESETS are no different.

Like the Philistine army putting too much of its confidence in Goliath, only to watch him get iced before their very eyes by the seemingly puny Israelite David, I want YOU not to make the same mistake by putting all your focus onto crawling and instead spread it out a bit into the other RESETS.

But let me be clear: I don’t want you to love crawling less. Far from it!

In fact, I want to make your crawling BETTER – by teaching you how to capitalize on some of the other RESETS that help BUILD your crawling into a weapon against weakness, frailty, and decay, and a tool for building a powerful, capable, and confident body.

Just like the popular kid needs an “unpopular kid” to give him the material to make a joke resonate, your crawling will greatly benefit if you spend some time getting acquainted with some RESETS you might have ignored.

And in the case of gait pattern work, none could possibly be more ignored at best, or misused at worst, than the mighty dead bug.

Dead bugs are like a close cousin of crawling, and like crawling and marching, they dish out loads of similar benefits, including:

Tying your brain together 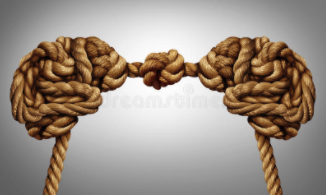 Your brain has two hemispheres – both of which are needed if you want to perform any sort of task. And as luck would have it, the very fabric of your design is meant to stimulate the connection between those two hemispheres – you just have to engage in it!

As Tim points out in his book Pressing Reset: Original Strength Reloaded, contralateral and midline crossing moves are two of the best ways to get the two hemispheres of the brain working together.

You can actually create new neural connections by engaging in these patterns – meaning you can increase how well the two hemispheres work together and communicate with the body for better performance in just about everything. 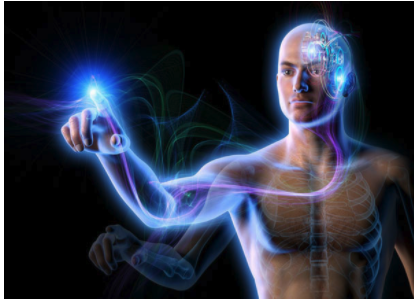 It should come as no surprise that an improved mind-body connection would have some really great benefits for…well, your body!

But what kind of benefits can you expect, exactly?

For starters, contralateral movements like crawling (and dead bugs) can improve your binocular vision and binaural hearing – making you more aware of your surroundings.

To stack right on top of that, your eye-hand coordination may just go way, way up as well, as I and many others have discovered first hand.

“Well, if dead bugs and crawling share so many benefits, why not just skip the dead bugs altogether and go all-in on crawling?”

If you’ve spent a good number of years living the sedentary life, it may take more than just getting down on all 4s to start crawling again. Crawling is supposed to dish out loads of benefits – but that all comes with a catch:

You have to be relaxed enough to let your reflexive stability take over!

We’ve all seen someone crawl like they’ve got glass under their hands and feet: tight, anxious, uncoordinated, and frantic.

Dead bugs allow you to get the feel for the crawling pattern with zero pressure on the arms and legs, and in the process fire up every nook, cranny, crevice, and corner of your very-probably-undertrained core, which goes a long way toward translating into better crawling.

And speaking of your core…

Here’s a story for you: one of my online students and fellow OS enthusiast, Frances “The Iron Lady of Oz” Moylan, of Perth, Australia, did a program I wrote a while back that had her doing dead bugs in between sets of front squats.

At the time of the program, she was already strong enough to do traditional core drills like L-sits, hanging leg raises, and other high-level movements.

The result of the dead bugs + front squats combo?

For the first time ever she worked her way up to 5 sets of 5 reps of front squats with not one, but TWO 24 kg (53 lb) kettlebells – a whopping 85% of her bodyweight.

Go ahead, tell her that dead bugs are weak. She’d happily clean your clock (if she weren’t so nice, that is).

The takeaway: “Strong” comes from moving your body the way it was MADE to move. “Stronger” comes from training the traditional movements that your mastery of Original Strength makes possible in the first place.

3) Teaches you how to ‘breathe behind the shield’.

In StrongFirst – the kettlebell organization founded by the Father of the Modern Kettlebell Movement, Pavel Tsatsouline – we teach the importance of “breathing behind the shield”; i.e. breathing while maintaining abdominal tension so that you can lift both heavily and safely.

Many trainers like to use a wide variety of cues, visualizations, and all sorts of other complicated rigmarole to get people to tense their stomach while still breathing in their kettlebell, barbell, and bodyweight exercises.

Get them on the ground doing dead bugs!

Their core will fire up immediately and automatically – and I mean the ENTIRE core: from the little stabilizer muscles with Latin names so complex that if you say them wrong you might accidentally cast a spell, to the “beach muscles” we know and love.

Get yourself or your students down on the floor doing dead bugs before an exercise and voila – they will know what it feels like to breathe behind the shield.

“Aleks, I am convinced: I am ready to devote myself to dead bugs! Where should I start?”

Exactly where you’d think: on your back!

If you’ve never done dead bugs before (or if it’s been a while) start off with an easier version: bent leg dead bugs. 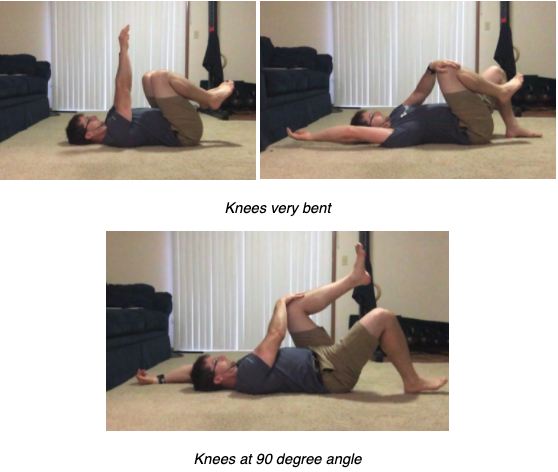 Because many people lack the coordination to consciously move the opposite limbs in this position and need a little tactile feedback to make it easier – and everybody can at least touch their hand to their knee.

Once you’ve gotten the rhythm of it, you can drop the hand-to-knee step and do them for reps, alternating sides as you would while crawling forward.

And when the bent-knee version becomes too easy?

Why, straighten your legs out!

They don’t have to be fully straightened – just enough that you can make the movement harder WITHOUT putting pressure on your low back.

Do even just 1-2 sets of 10-20 of these per day and before long you’ll probably start to notice your back feels better, your crawling feels smoother, and your favorite kettlebell and bodyweight exercises (like those found in my popular 8-Week Kettlebell & Bodyweight Challenge) feel better, easier, and of course, STRONGER!

Drop me a line to let me know how you do.

**** A note from Tim: To learn more about dead bugs and how Aleks likes to use them, tune into this week's OS BodCast Friday Morning! You can watch it on YouTube or listen on your favorite streaming media service. 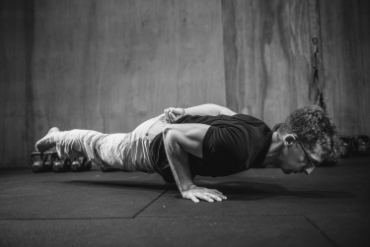 He is the author of The 8-Week Kettlebell & Bodyweight Challenge and has a popular daily email list where he dishes out his best tips, tactics, techniques, and strategies for getting stronger, fitter, and healthier with kettlebells, calisthenics, and Original Strength.  To join (and get a free copy of the 8 Week Kettlebell & Bodyweight Challenge) click here => https://alekssalkin.leadpages.co/8weekchallenge/