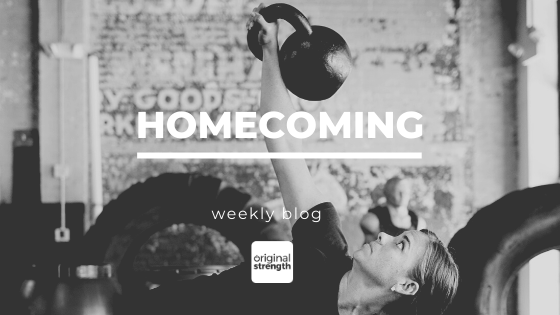 Apparently I hold grudges. Not only that, I seem to hold them about insignificant, dumb things. In doing so, I forfeit my joy and allow my freedom to be tethered down or bound up. I think I knew this on a deeper level, but recently this has been brought to my attention by a particular movement of all things: The Turkish Getup.

Once upon a time, when I first discovered the kettlebell, a movement that enamored me was the Turkish Getup. The Getup could have been the only reason I liked the kettlebell, it’s hard to say. Anyway, I spent day after day performing getups. I simply loved them and I loved the way they made me feel: strong. There aren’t many greater feelings than the feeling that you are strong.

At the time, when I was in love with the getup, it was a beautiful, flowing movement where you transitioned from your back to standing while holding a weight over your head. You could rise up under the weight any way you wanted and all the while, your body would learn how to move and manage itself and the weight. It really was a beautiful movement.

Then a change happened.

I allowed the beautiful movement I enjoyed to become standardized. What once was a single flow became a disjointed collection of nine narrow steps. The flow became robotic. What happened was the school I was attending changed the way they taught the getup. And, always being a people pleaser and a “Straight A Student,” I was determined to get an “A” on the imaginary “Getup Life Exam.”

I was chasing approval and a standard of measure that someone else had created. In the process, I began to loathe the getup. The truth is, my loathing, though immature, was misplaced. I placed my disdain on the getup and all things kettlebell instead of on myself. I am the one who gave my joy away. I handed over my freedom to a standard of measure. I can’t blame the school I was attending or the methods they employed. Like I said though, I lost my love for the getup and I walked away from it.

For the most part, I left the Turkish getup alone for about 10 years, save a feat or two of strength I tried about 5 years ago.

Then, just last week for whatever reason, perhaps an echo of a memory I had forgotten, I decided to lie down with my kettlebell and stand up with it. I stood up with my bell with complete disregard to any standard I had known before. Then I did it again and again. It felt wonderful. It felt right.

My body loved it. I think somehow my soul did, too. It was like some weird movement homecoming. And it has helped me grow.

My story is, for whatever grace that I cannot explain, I started doing Turkish Getups again and I have been reminded of a long lost love I once knew. But greater than that, I think I am learning that Love has no memory of wrongs and Love is patient. Something in me waited until I was mature enough to dance with the Turkish Getup again, knowing that if I danced and flowed, I would remember a joy I had long set aside.