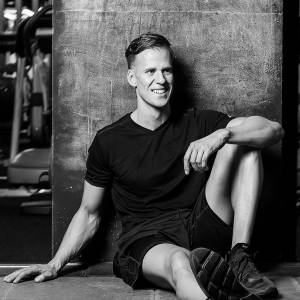 #33 Tim Anderson – discovering the hero within, work capacity and mental resilience
Returning guest Tim Anderson, who was on Episode 7 all the way back in January 2018. A lot has happened since and we found out about Tim's new book The Becoming Bulletproof Project. For those that didn’t listen to Tim on our first interview I’d recommend having a listen to get more detail on Tim’s background.

Tim has been a personal trainer for seventeen years. He also served as a professional firefighter for twelve years in the state of North Carolina where he worked in his department's health and fitness work-team. In 2010, Tim resigned from the fire department to focus on his career in the fitness industry. Since that time, he has authored five books.